The Ansonia, built as homes for the emergent upper class- 219 N Tacoma Ave #B-001 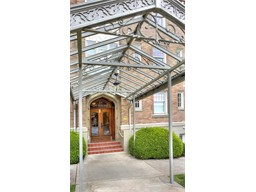 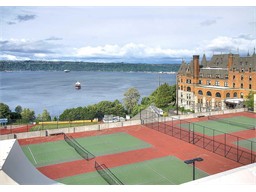 In 1914, Tacoma was focused on; growth, progressive ideals about the importance of health and the associated impacts of readily available distribution and consumption of alcohol, and architecture. 1914 is when railroads began important freight yard development and expansion on the tide flats.  The O.W. Railroad and wagon bridge was built to support traffic to the tide flats.  Lincoln High School was completed at a cost of $436,607.68 with a $75,000 allotment for equipment and prohibition votes for a 'dry' Tacoma were going strong. 1914 was also when the Pagoda, as the focal point of Point Defiance Park's Japanese Garden, was built in an eclectic oriental style influenced by the architects Hare & Hare Plan of 1911 and constructed by architect Luther Twichell.

To top 1914 off, famous Tacoma architects Frederick Heath and George Gove drew up the plans and built the Ansonia as a luxury building designed as city dwellings for the elite.  The Ansonia featured burglar-proof vaults for their jewels and treasures and is an example of German-English Renaissance architecture that was built at an original cost of $135,000. The building, still today, has a masterfully arched glass canopy that reaches into Tacoma Avenue once used to shield those loading onto their carriages from the elements and today, a lovely, grand entrance into the structure itself.In 1939, the Ansonia was purchased by the Rhodes Investment Company and became a landmark for its lush roof top garden. 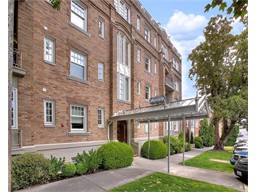 To have an opportunity to view the elegant, completely refurbished, historical nuance preserved Ansonia condominium units is a unique and humbling experience.  To walk through a building that was built 102 years ago and still experience the grandeur with which the architects vision remains, is a step back in time for just a moment.  The building itself has been updated with modern amenities, beautiful craftsmanship that adds to, as opposed to dilutes the character and era specific highlights in this structure. When originally built, the building and unit kitchens were fitted with dumb waiters and telephones connected to servants’ quarters in the basement.  Today, a basement unit, previously a servants quarters,  recently came on the market 219 N. Tacoma Ave., Tacoma, WA #B-001, listed for $249,000 MLS#1007448  kristaosborne.withwre.com 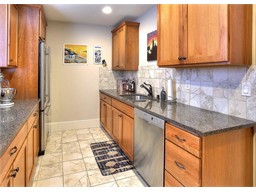 One would never know that this fabulous condominium with extraordinarily wide hallways, huge bathrooms and gorgeous kitchen once was where the servants were required to live.  The amenities in this building include roof top gardens that allow for a peaceful visual and mental escape with breathtaking views of Mount Rainier, the Puget Sound and shipping lanes.  There is an exercise room, a guest room that may be rented to friends and family when they come to visit, bicycle storage, sizable caged unit storage and a BBQ area that allows for grand entertaining with a gaze towards the bay or basking in the magnificent Pacific Northwest sunshine. 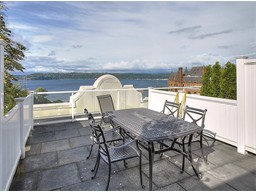 Related Articles
Condominiums Did you know about Mukilteo? Nestled just 63 miles north of Tacoma, Washington is a sparkling city called Mukilteo.  In the Snohomish dialect Muk-wil-teo means "narrow passage," a reference to the sand spit that formed the original Mukilteo landing. Mukilteo was officially incorporated on May 8, 1947, but the city has a historic role in the development of the Puget […]
Acerage A home at Eagle’s Eye Level-Puyallup sanctuary Once upon a time, there was a place, not well known, where you could pass fields of blue berries, pumpkins, daffodils and tulips just before reaching a winding gravel road to a secret escape.  After reaching the top of the little gravel road, there rests a home on a hill gazing upon the Puyallup Valley […]
Uncategorized Discover Paradise in Puyallup! Bright 4-Bedroom, 2.5-Bath Residence w/Eagle’s View of Puyallup Valley on 4.67 Acres Outdoor bliss awaits on this one-of-a-kind 4.67-acre property in Puyallup. Perched on a hilltop with an eagle’s view of the scenic Puyallup Valley, this lovingly maintained 2,314-square-foot residence is a true delight to spend time at. In addition to this home’s generous layout that includes 4 bedrooms, 2.5 baths, and inviting living spaces, you’ll also […]